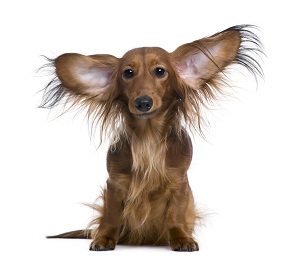 Does your pet scratch his ears? Shake his head? Love to swim? If so, he might have an ear infection.

Most dogs get infections in their ears because of allergies to environmental irritants – and it’s the allergic reaction that makes their ears so irritated. You may also notice an abnormal odor from the ear or see redness & swelling. Once a dog starts scratching because of water in the ear or any other number of irritants, the ear canal lining gets damaged & yeast and bacteria take over. 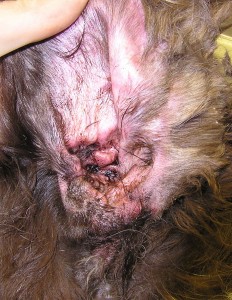 Bring your pet into our veterinary clinic for diagnosis and treatment of an ear infection.

Infections of the middle ear are usually the result of an infection that has spread there from the outer ear canal.

Prevention depends on identifying the underlying cause of the ear infection. In some cases the ear canal becomes moist from bathing, grooming or swimming. This moisture fosters the growth of microorganisms in the ear canal. Prevention in these cases can be as simple as cleaning the ear as previously described to remove the moisture and prevent the infection. However, in many cases an underlying cause may not be so easily identified. 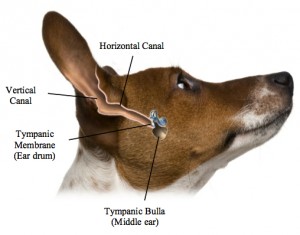 Dogs that suffer from allergies, either environmental, such as pollens (grasses, trees and weeds), dust mites, molds or food (beef, chicken, fish, soy, etc.) are predisposed to ear infections. This is due to the microscopic inflammation that allergies cause in the skin allowing overgrowth of bacterial and yeast organisms that normally inhabit the skin.

Cats don’t often get ear infections, but when they do, the cause can be complex. If your vet has ruled out ear mites — the culprit in about half of all feline ear infections — they’ll have to do some sleuthing to figure out what’s causing your cat’s outer or middle ear infection. It could be secondary to allergies, a mass, or possibly something lodged in the ear canal.

If you have any questions regarding treatment or prevention of ear infections for your fluffy family member, call our veterinary clinic at 972-385-3555 so we can help your fur baby feel their best! 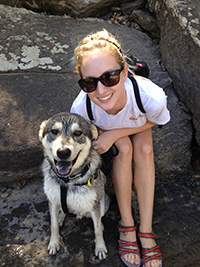